This idea is not an original idea by any means I am sure that many of you have a rocket dramatic play area during your space unit.  Each year when I do this I rename the rocket for the space shuttle that is next to go up in space, but thanks to NASA, I don't know what to do this year.  So I am just going to name it the International Space Station. 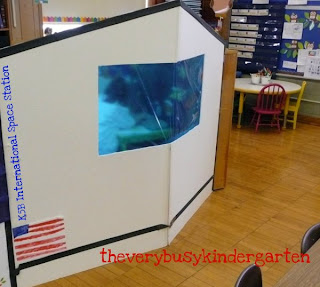 I try to add a little something new each year. 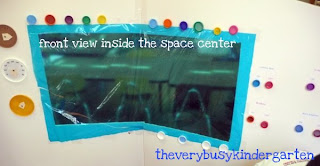 This is the view from inside the space station.  I don't think the real space station has a big picture window but we will have to go with it. 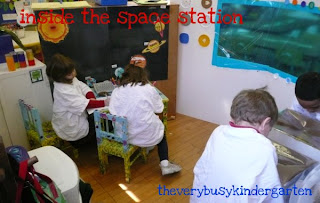 There are many activities to do inside the space station. 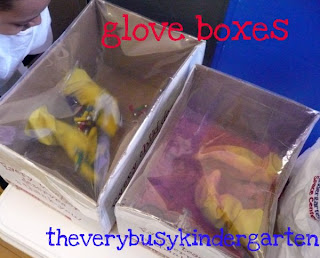 These little guys are playing in the glove boxes.  One has magnetics in it and the other has moon sand.  I want the children to get the idea that the astronauts are scientists and that they work on experiments when they are up in space.  They need to work in the boxes to keep their experiments from floating away. 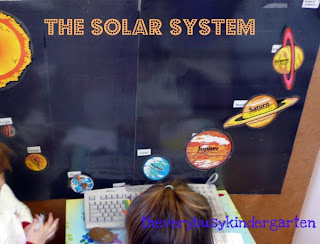 I made this poster with the planets a couple of years ago.  I have the ordinal numbers on labels and the planets are on velcro.  I mix up the planets and the children need to put them back in order. It is funny to hear them each day wonder who messed up the planets.  They think the leprechauns did it. 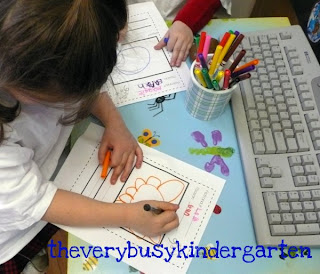 The children can also write and draw about their mission.
If you would like a copy of the form:  Click Here 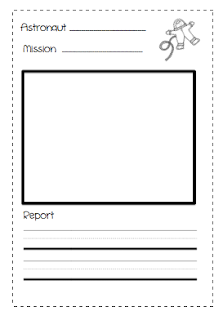 I purchased years ago several items from Lakeshore Learning that I included in the ISS as well. 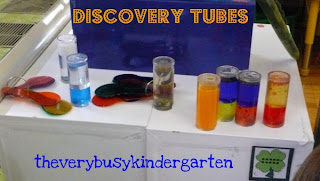 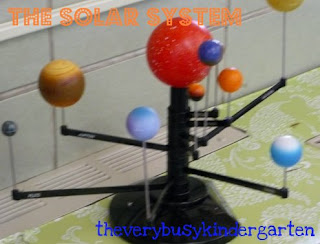 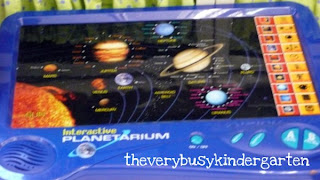 I have some jet packs made out of soda bottles and the kids wear white t-shirts as space uniforms.
There are back packs to collect "moon"rocks in
and old gloves to wear as well.

The rest is up to the kids' imagination! 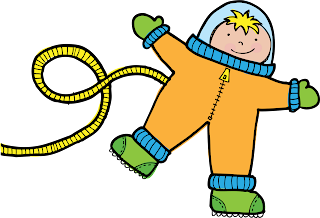 Sue
Thank you for taking the time to read my blog. I love sharing my ideas with others and I enjoy seeing the creative ideas of others as well. I am mother of four wonderful grown children. I have three amazing grandchildren. I am a teacher and I love to organize, create, bike and READ. 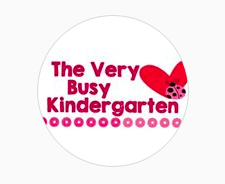 Years ago I made my first Chicka Chicka Boom Boom game on the computer.  I made the numbers on word and stamped the colorful dots with a ... 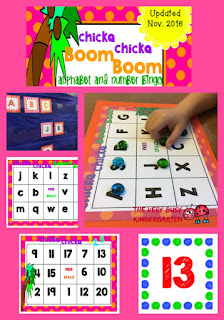 Thank You For Visiting

Other Educational Blogs I Heart